Have you ever paid attention to your city manhole covers?

Have you ever paid attention to your city manhole covers?

Manhole covers are an entrance to the deep underbelly of a city or town. They lead to a world of smells and darkness that not many people would like to experience. We see them but do not really pay attention. Yet their design and development followed an interesting path and they have played their role well in society over the years. 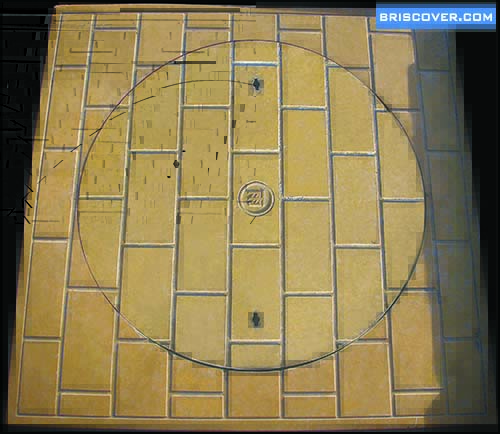 Manhole covers and sewage systems have been with us for a very long time. Archaeologists have uncovered a square manhole cover from the first century near Vienna in Austria.

The word manhole probably takes its meaning from a term used by pioneering sailors in a bygone era. Old sailing ships used to have a round hole in order to grant access from the upper to the lower deck. The crew members were usually all male, hence the term manhole. Some people believe that the word sewer also had a similar origin and that it was derived from the term seaward.

The fact that a manhole cover is round is not just accidental. The reason is simple science. Round covers cannot fall through round holes. Square ones can if turned a certain way.

Manhole covers are often very heavy. They have to be because sadly there are people who steal the covers and sell them as scrap metal.

These heavy round disks did their job quietly for many centuries. Then Hollywood got hold of them. In the 1949 movie The Third Man Orson Welles escaped through a manhole cover. As recently as 2009 a convicted killer in Italy with ties to the Mafia, escaped from the police and made his way through the sewers of Naples. He found his doorway to freedom in a manhole cover near a dairy. He simply lifted it, attacked a woman, stole her car, and was gone before the police even realized what happened.

These days the humble manhole cover has received a new status. It has become a canvas for the artist. Recently the city of Fredericton in Canada launched a competition to make their manhole covers more appealing. The city fathers have invited artists to submit their designs and the winning one will appear on manhole covers throughout the city. They want the design to become a symbol of Fredericton.

The idea is not a new one. In Japan there are thousands of these discs with stunning works of art on them. These often include a symbol associated with a specific city. In Kyoto for instance many covers pay tribute to the turtle, a symbol of wisdom and longevity. Trees, landscapes and flowers are also very popular designs. The art are not always painted on the covers. Some of them come out of the factory with very artistic designs cut into them.